Believe it or not it is a common choice to have a male wedding singer in preference over female wedding singer! Statistically men do far more weddings than women in the entertainment department and this is always been a mystery. Some speculate that really there can be only one star female in the evening. The man in his humility tucked safely by his wife’s side is rarely threatened by a male wedding singer. Thought we are sure flashes of jealousy can arise on the dancefloor as a man with a microphone croons out a beautiful love song and makes eye contact with his wife! All important considerations when deciding on a  male or female wedding singer. Female singers rarely get this controversial chance in Sydney because they’re just so few booked. As musicians we have played many weddings where the wedding singer is a female and a demure, humble approach is necessary most of the time to make sure they are not upstaging the bride or the bridesmaids! Fortunately we have never witnessed a cat fight between our wedding singer and a bride or groom. Sydney wedding band Big thanks Band has witnessed many odd weddings and strange behaviour on the dance floor based on wether the couple has chosen a male or female wedding signer or both. Big thanks Band has both kinds of wedding singer. In fact our most common lineup is a four or five piece with a male and female singer to cover all the repertoire. We are humble, but exciting and get the party started every single time it hits ranges from Beyoncé to Ed Sheeran, from Diana Ross and Whitney Houston to the Beatles and Pearl Jam. Be sure not to sell yourself short in the Department of the wedding singer. Why choose between a male or female wedding singer when you can get both price of one with the Big Thanks Band and Crash Symphony Productions. 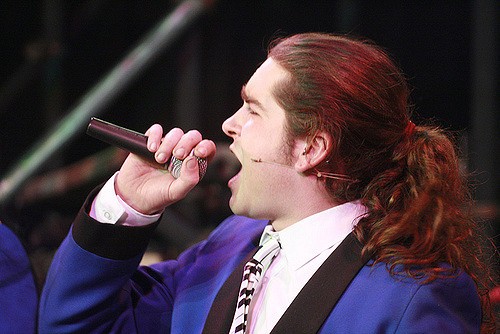 What are you waiting for?
BIG THANKS BAND